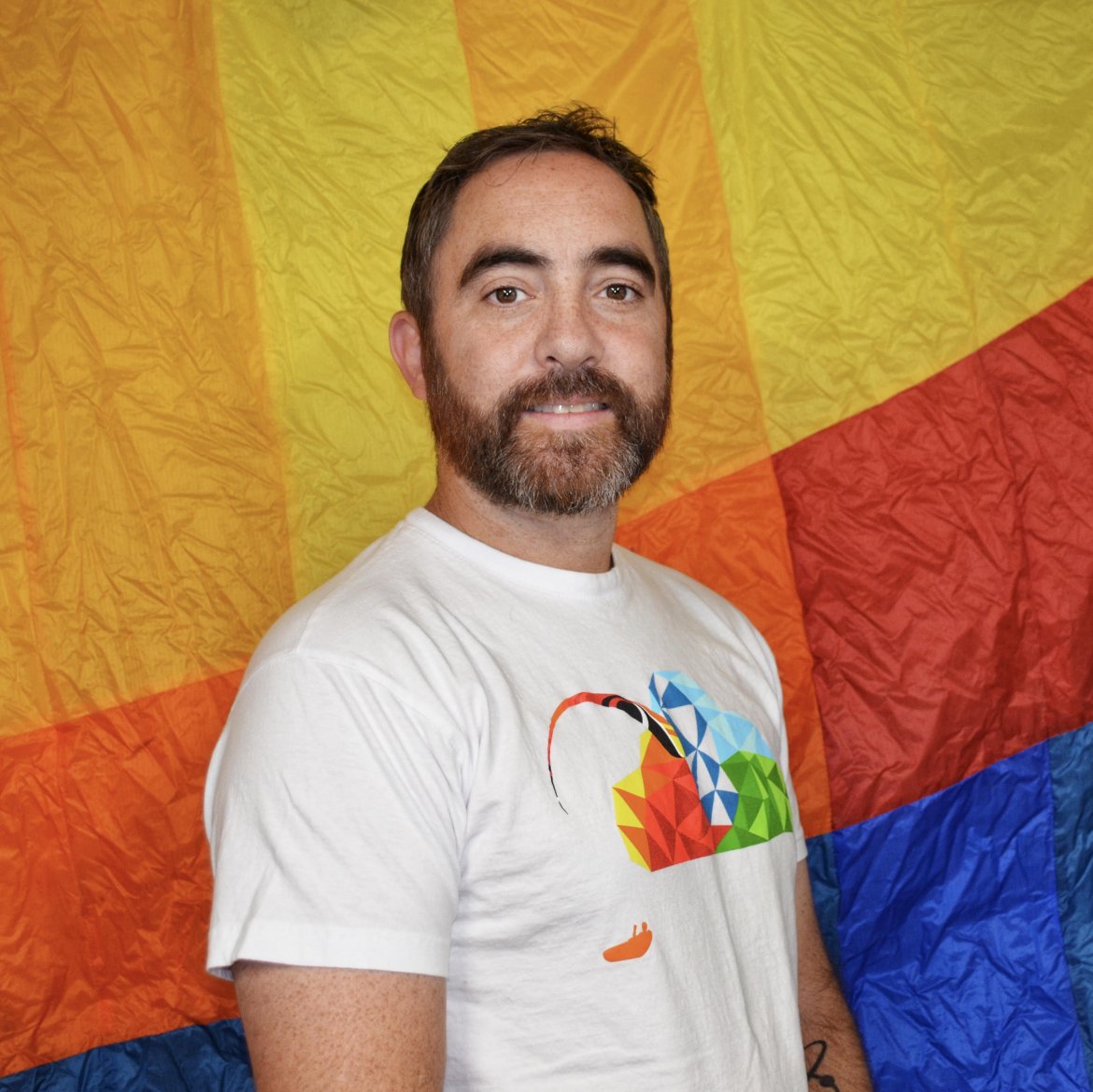 Nik has wanted to fly his whole life. He got into skydiving when he was a teenager living in Mexico. In his 20s he received a fixed wing Private Pilot License in the United States. He joined the US Army and was deployed to Iraq in 2001 and upon his return he got married and settled down. Flying became more and more expensive as a hobby until he discovered paramotors in 2017. He fell in love with the freedom this form of flying provides. (Wind in your face, flying low and slow over beautiful scenery) He and his twin brother (Noah Rasheta) decided they loved paramotoring so much that they became certified paramotor instructors (USPPA). Nik lives in the Phoenix, Arizona area and has been flying and teaching ever since. He frequently travels for adventure flights in Utah, California, and Mexico. He is a full-time police officer and is happily married with two children. Nik chose to be a Team Pilot for BGD because he loved seeing how successful his students were on BGD wings. The BGD colours represent the excitement and flavour that paramotoring provides in his life and he was attracted to the high quality and professionalism of the brand.

2017 – paramotor adventure trip along the Baja Peninsula (3500 km / 2175 miles)
2018 – became a certified PPG Instructor through USPPA
Flying along the Baja California coast in Mexico has been my favourite so far. Seeing dolphins and whales from above was epic!
Longest single flight has been ridge-soaring in Sand City, California. Flew for 6 hours straight with no motor.