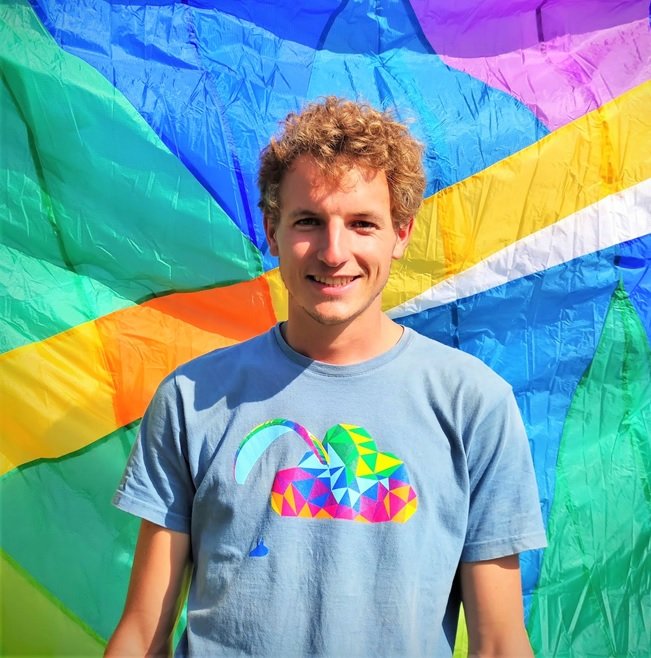 Noé was born in Grenoble and has always lived in the famous place of the Coupe Icare : St Hilaire du Touvet. His father was German, and all his german Family has always been passionate about flying. He looked all his childhood at the paragliders in the air over his house, while he was playing with his RC planes. In spring 2017 after his first day working at the funicular, he decided to become one of those flying mens, and perpetue his family passion for the air. He studied Materials Sciences and Truck mechanics, but realized that he definitely had to work outside in the nature. He now flys every flying day to try and become a Paragliding Instructor. When it's too windy to fly you will surely find him Windsurfing at the Monteynard lake, a wonderful lake next to Grenoble where the wind always blows. In the winter he simply puts on his Skis in his garden and goes touring in the mountains around his house. In 2018 - 2019, he was in a young paragliding team, supported by the french federation. He was followed during one year by instructors who helped him improve his pilot skills. After 3 years paragliding, Noé had flown many 100 kms flights. He decided to buy a Cure 2, because of its awesome flight characteristics and of its passive security and became one of the BGD Team Pilots. Very concerned about the environment, Noé tries to avoid as much as possible to take his car. Therefore he almost always takes off from St Hilaire, and tries to fly farther and farther to discover new mountains from the air with his Cure 2.