More distance, more fun, the Base 2 inspires the confidence to fly further and expand your limits. It’s a cross-country wing you’ll feel at home on right away – love at first flight!

Crazy about flying and looking for a thermalling, soaring and cross-country partner? Look no further, the Base 2 is a dashing suitor. Its colourful Aztec-inspired attire reflects its fun-loving nature, and it will instantly put you at ease. But don’t underestimate its serious side. You won’t tame its sporty, competitive streak and it’s proud to be top of the class when it comes to speed and performance. The Base 2 will work with you to achieve your shared goals, and then set new ones, expanding your potential while keeping you safe. 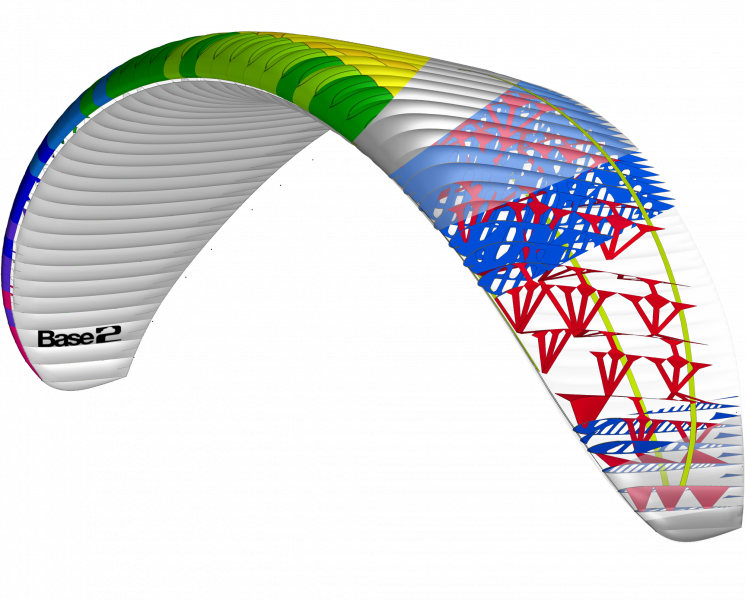 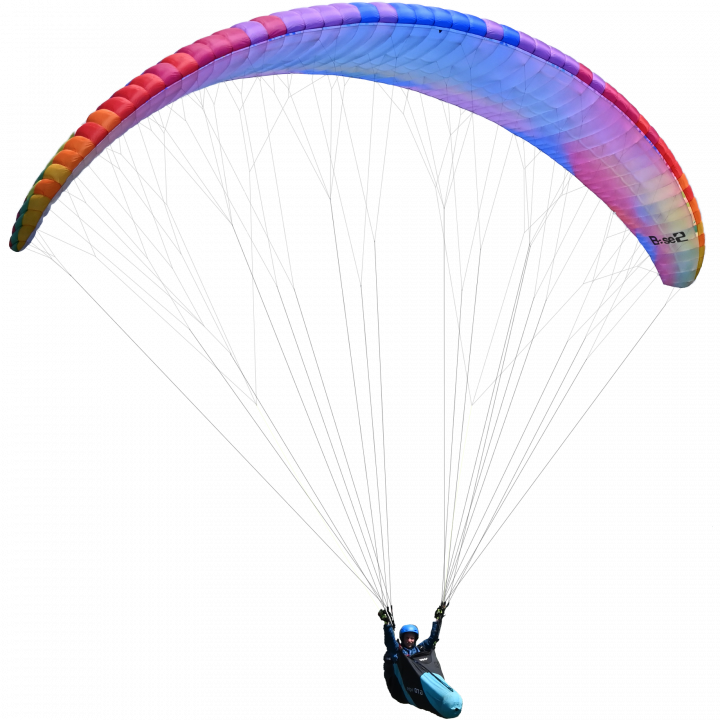 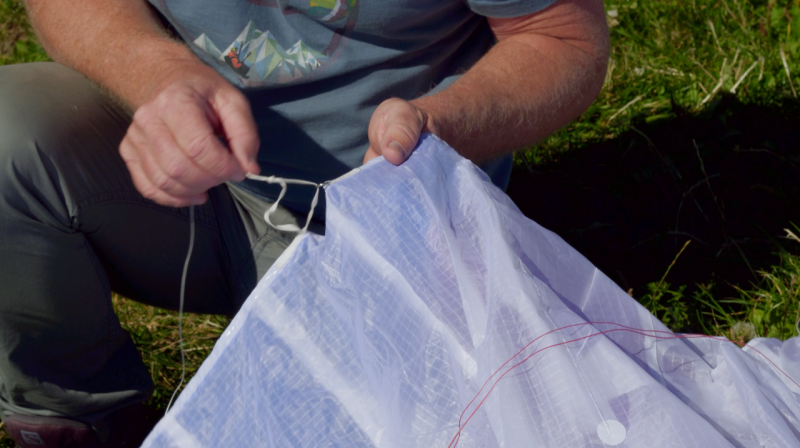 An intricate brake reefing system reefs both symmetrically and asymmetrically, to give the glider really sharp handling and a neat, clean trailing edge. 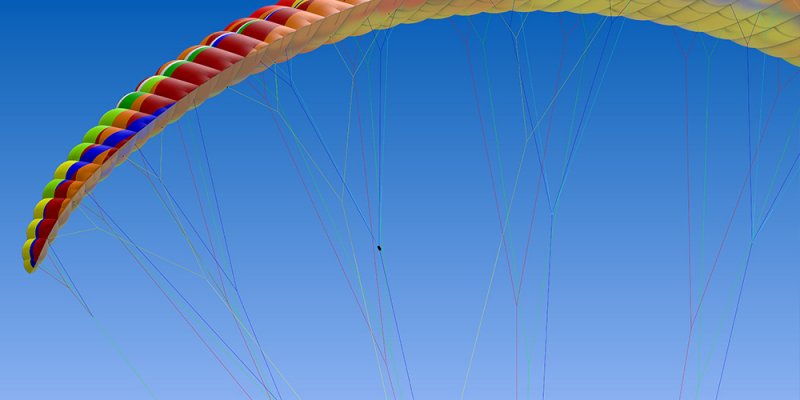 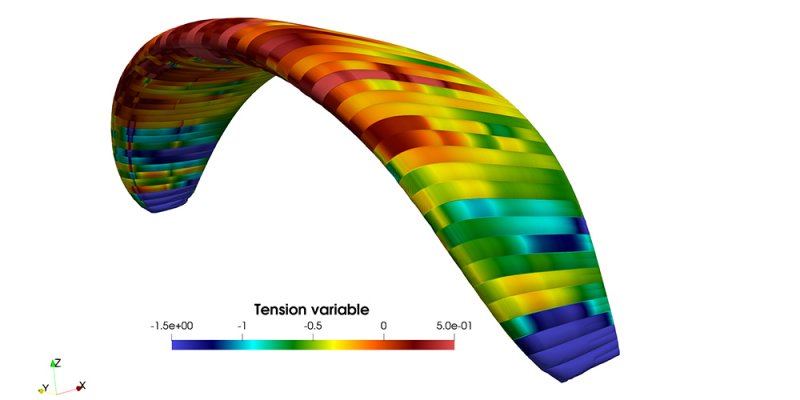 The risers are equipped with a new ‘speed riser’. This is an extra riser that is attached to the back of the speed system. This speed riser is also attached to the front of the C steering handle. The idea is to balance the load on the C-steering handle, giving you more control over the glider when using the C-steering. This makes a lighter, simpler, and easier system, and also avoids a design where the pilot hangs from a pulley.

The Base 2 is a cross-country paraglider with the perfect balance of performance, handling, comfort and safety. In short, it is utterly confidence inspiring. Its performance will guide you onwards across that tricky crossing and upwards in that weak lift, inspiring further confidence in your own performance. The Base 2 will flatter your flying, and help you get the best out of the day. Its clear feedback about the air and conditions makes it easy to fly actively, and it will respond quickly and precisely to your inputs. It’s the perfect partner for XC adventures!

The new arc design and technologies in the Base 2 have allowed us to make big increases in performance, but without losing that all-important direct, playful BGD handling. We’ve upped the cell count to 57 and increased roll stability, while the sail and line tension are fine-tuned to achieve a perfectly balanced feel in the air.

Many R&D hours have gone into perfecting the smallest details. By developing a new multi-reefing brake system, we’ve sharpened the brakes in the first part of the range to give precise control with small brake movements, while the overall brake range remains long for safety.

We’ve remodelled the risers to improve the C-steering, with an additional 'speed riser’ that links into the speed system. We’ve been careful to avoid the pilot hanging from a pulley, which can be an issue for some C-steering designs.

The Base 2 has the double leading-edge design that we used in the Cure 2 which ensures the leading edge stays solid, even when you’re on full bar. Cord cut billow panel shaping means a clean, smooth and crease-free top surface. We combined our high-tech airflow simulation software with low-tech tufts and a camera, enabling us to refine the wingtip ribs for optimal aerodynamic performance.

Base 2 - Love at First Flight

While hiking in the mountains a young girl finds a phone that dropped from the sky. Looking at the videos in the phone, she attempts to find the pilot who dropped it.

Another glorious day at the #fassaskyexpo2021 in Italy! Watch the team climb up the huge rock faces while testing out the Base 2 Lite! Thanks @kaybusemann for the superb film! More

Enjoying the sport together – BGD pilots at the third Team Pilots' meeting, colouring the skies above Saint Jean Montclar and Laragne-Monteglin earlier this month. More